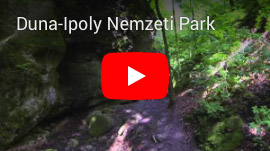 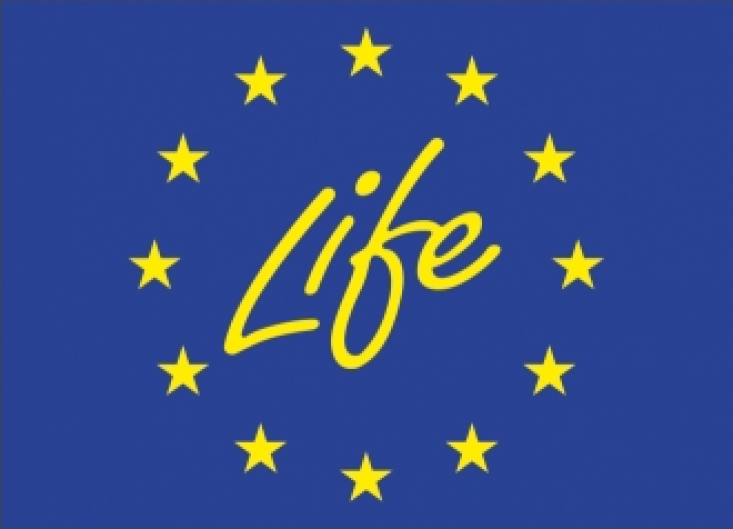 Land use has changed significantly related to dry grasslands in the last decades, as extensive livestock farming decreased sharply in Hungary. Consequently, these habitats are now threatened by spontaneous reforestation on many sites (e.g. by Crataegus monogyna). Without urgent intervention this process will conclude in the radical shrinkage or even complete disappearance of the given dry grassland biome. Elimination of shrubs is planned on 8 project sub-areas on a total area of 118 ha in order to avoid further diminish of grasslands. Another problem is the spread of invasive species. 7 project sub-areas are infected with invasive species, mainly black locust, black pine and common milkweed. In the course of the project DINPD is eliminating these invasive species from all three priority grasslands habitats: 42 ha of black locust, 12,5 ha of black pine and 24,4 ha of non-arboreal species. Due to several economic and historic reasons, unfavourable land use/ownership status of grasslands is very common in Hungary. DINPD is trying to purchase or acquire 208,61 ha of high value grasslands and ensure adequate nature conservation management definitively. Most of them are one of the last representatives of these habitat types in their areas.

Some of the project areas are affected by negative human impacts. Use of illegal roads, deposit of urban waste and illegal mining are three of the most frequent examples. DINPD aims at mitigating these negative effects with several actions.
The effects of treatments on the grasslands are also observed – with the assistance of botanists and zoologists – parallel with the processes mentioned above.
Raising public awareness is also one of the main goals of the project – to make more people know about the natural values of these grasslands. Therefore new and renovate already existing study trails are to be created in the Budaörsi kopárok, earth fort of Tápióság, Tétényi-fennsík and the Fóti Somlyó. Numerous information publications are going to be published in the near future. Farmers and local inhabitants are being informed and also involved in order to establish long-term maintenance of the grasslands. 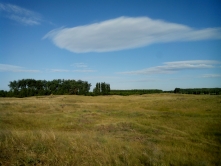 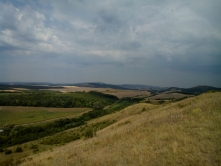 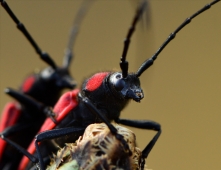 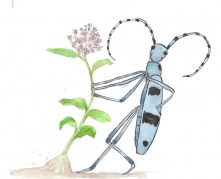 Duna-Ipoly Nemzeti Park Igazgatóság launched a volunteering program in cooperation with Zöldövezet Társulás Egyesület within the framework of the LIFE+ tender to protect dry-climate vegetation, and in the meantime, it announces an additional event.

In 2017 volunteers were also taken into the implementation of the LIFE + project titled Conservation of dry grasslands in Central Hungary.

In 2016 enthusiastic volunteers helped the implementation of the LIFE + project titled Conservation of dry grasslands in Central Hungary. 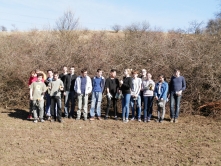 Collection and transportation of waste from Tétényi-fennsík project area

Fairly few nature conservation activities took place on one of the most valuable part of the Érd-Tétényi plató Natura 2000 area so far. In 2013 this situation started to change: the Duna-Ipoly National Park Directorate (DINPD) got the area’s trusteeship rights and the implementation of the 5-year-long LIFE + project titled Conservation of dry grasslands in Central Hungary began. This unique limestone plateau is one of the project’s target areas.
Beside strong spontaneous reforestation with indigenous shrub species, the other most remarkable problem is illegal traffic and its root cause, illegal waste deposition.

Workshop about conservation of dry grasslands 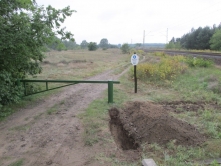 In 2015 Duna-Ipoly National Park Directorate (DINPD) celebrated the 25th anniversary of the establishment of the Gödöllői Dombvidék Landscape Protection Area. For this occasion DINPD organised a free family day in the park of Gödöllő Royal Castle on 06 September 2015.